There are between 40 and 59 languages spoken in Afghanistan. Dari and Pashto are the official and most widely spoken languages, by 77% and 48% of the population respectively. Dari, or Farsi, is the official name of the variety of Persian spoken in the country, and is widely used as a lingua franca. The two official languages are followed by Uzbeki (11%), English (6%), Turkmeni (3%), Urdu (3%), Pashai (1%), Nuristani (1%), Arabic (1%), and Balochi (1%).

In 2020 Translators without Borders (TWB) conducted a survey with 65 community radio broadcasters, representing a quarter of all community radio stations across Afghanistan.The survey found that Dari and Pashto are the main broadcasting languages. Broadcasts in other languages are largely limited to adverts, short audio clips, and sporadic language mixing in talk shows and call-in shows. Dedicated programs providing in-depth information in another language are rare. 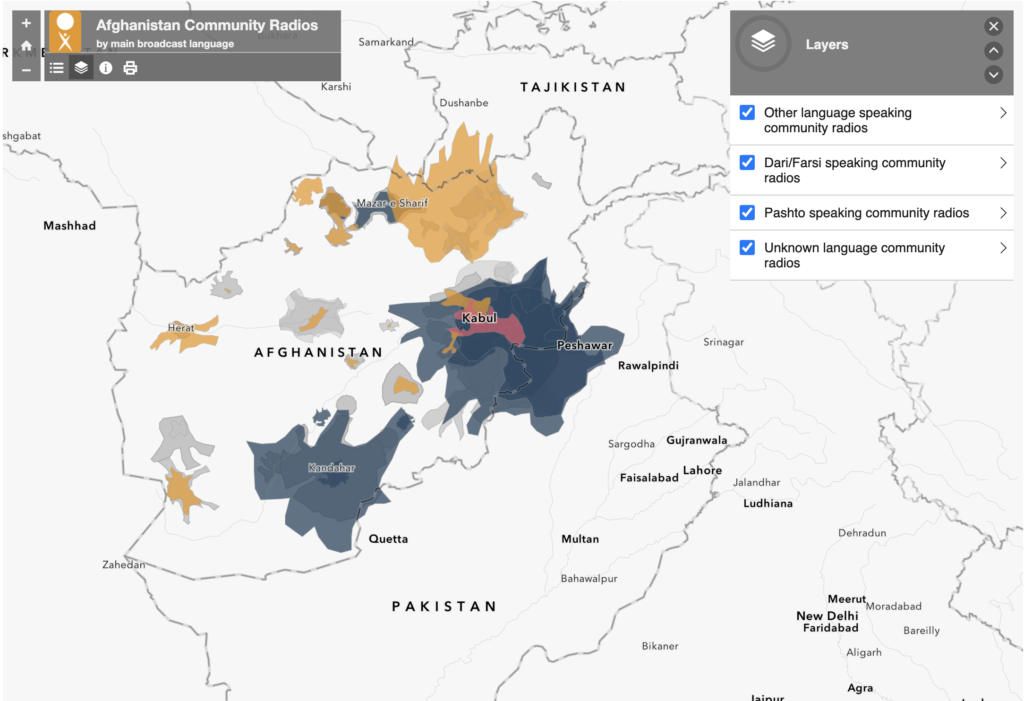 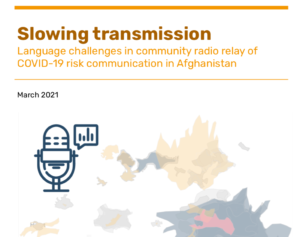 In 2020 Internews launched the Rooted in Trust project to counter rumors and misinformation about COVID-19. They commissioned Translators without Borders (TWB) to map community radio stations and investigate the language and translation challenges community radio broadcasters face when relaying official COVID-19 risk communication to their audience. 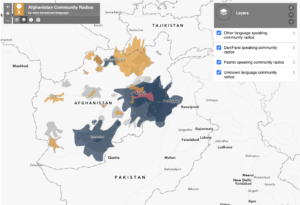 Interactive map showing the primary language used for broacasting by local community radios. Data is from a 2021 survey. 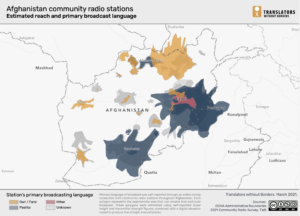 Static map showing the primary language used for broacasting by local community radios. Data is from a 2021 survey. 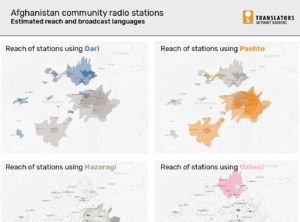 Static map showing the reach for each language used for broacasting by local community radios. Data is from a 2021 survey.