According to the Census of India of 2011, India has 123 major languages, of which 30 were spoken by more than a million native speakers. English is used in higher education and in some areas of the Indian government. Hindi, the language most commonly spoken as a mother tongue (primary language) in India, serves as the lingua franca across much of north and central India. Bengali is the second most commonly spoken primary language, with a significant number of speakers in eastern and northeastern regions. 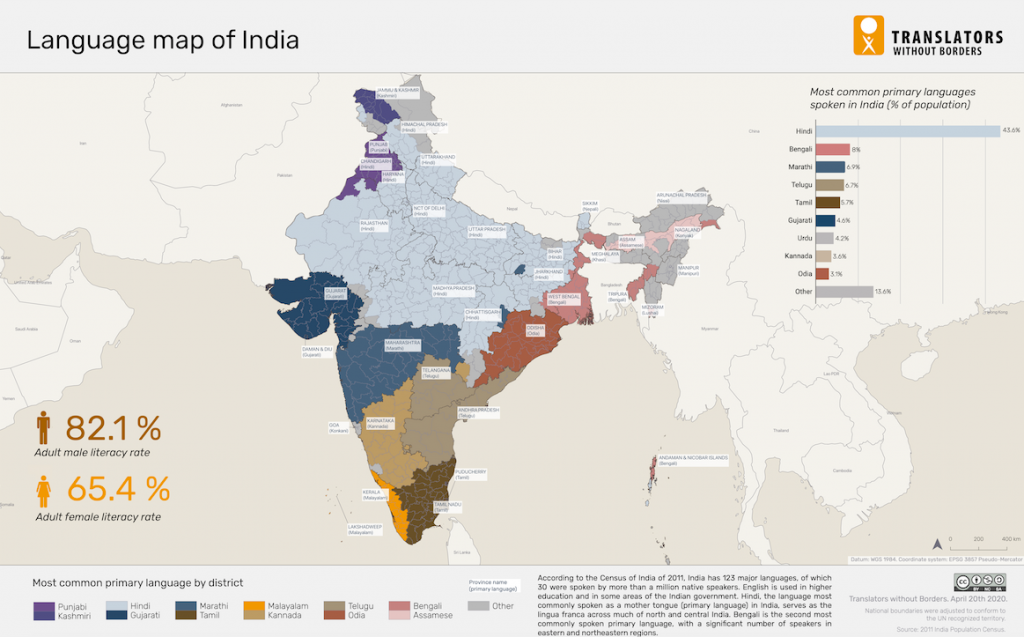 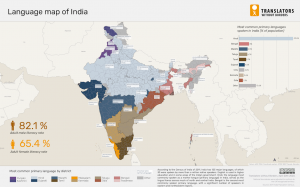