According to the 2011 census of Nepal, the country has 122 major languages. Nepali is spoken by 78% of the population either as first or second language and has official language status. The other 121 languages are all recognized national languages. Maithili is the second most spoken language. 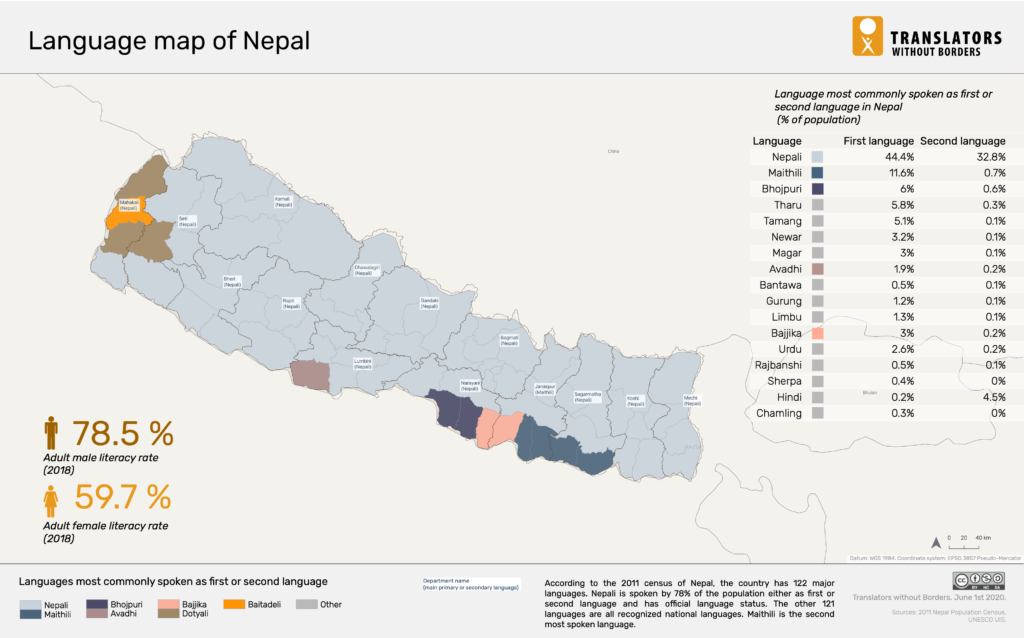 While Nepali is spoken as the main lingua franca in most parts of the country, there are districts where it is not the most spoken first or second language. These include Mahottari and Sarlahi Districts in Janakpur Zone, and Rautahat District in Narayani Zone. In all three districts, less than a third of the population speaks Nepali.

Nepali is an Indo-Aryan language, written with the Devanagari script. There are over 17 million Nepali speakers in the world, in countries including Nepal, Bhutan, Myanmar, Brunei and India.

Districts in Nepal vary in linguistic diversity. On average, 9 major languages are spoken per district. Only one language (Nepali) is spoken in Bajura District in Seti, but there are 34 named languages in Morang District in Koshi. Districts with the most language diversity lie along the border with India, in the Terai region of the country. Generally, districts in which more languages are spoken are the ones where fluency in Nepali is lowest, for instance Jhapa and Ilam Districts.

Explore these maps and datasets for more language and literacy information across the country. 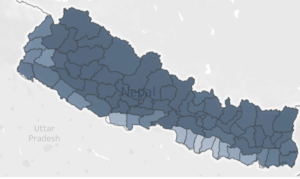 Interactive map showing the languages spoken as first or second languages throughout Nepal. Data is from the 2011 census. 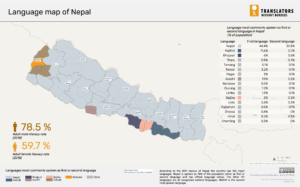 Static map highlighting the most common languages spoken as a first or second language in Nepal. Data is from the 2011 census.