Translators without Borders has been working in Guinea, in collaboration with eHealth Africa and the Ministry of Health on a program that aimed to increase access to vital health information through the training of local translators who have translated 800,000 words of healthcare content.

The content comes from HEAT (Health Education and Training), a radical program launched in early 2011 by The Open University with a bold ambition – to train thousands of frontline health care workers across sub-Saharan Africa. By working in close collaboration with African governments, NGOs, and funding institutions, HEAT has the potential to transform access to health care in the region.

Through the development of local translation capacity, Translators without Borders is playing an important role in ensuring this vital health information reaches the people who need it. Having already translated three of the most important women’s healthcare modules into Swahili for Kenyan community healthcare workers (CHWs), TWB went on to partner with eHealth Africa to bring this content to CHWs in Guinea, in their own language, in a format that they can access. TWB also plans to develop translation memory for local languages in Guinea, and to develop text-to-voice content from the material used for this program so as to expand the reach to people who are not literate.

The Importance of Local Language Translation

More than half of the people in many West African countries, including many health care providers, do not speak or read European languages. Doctors in West Africa tend to speak or read English or French but not necessarily the languages of all of their patients. Studies in Kenya have shown that even CHWs who self-report English proficiency, do not properly comprehend basic health training in English. Meanwhile, a wide majority of people in these areas rely on CHWs for all care, maybe never seeing a doctor. Community health workers fill the gap but their standard of care may be influenced by the fact that they tend to be trained in English or French– a language of which they often have just a rudimentary knowledge.

This means that the majority of West Africans have no access to very basic health facts, like treatment for diarrhea or pre-natal care. Consequently, unproven, ineffective and substandard health care practices and treatments are difficult to eradicate, and the implementation of effective care is often delayed for long periods.

Who did we train?

In October 2016, the TWB Guinea team completed the basic training for 15 English to French translators. 12 of these translators went on to work on the health content modules from the HEAT repository for 4 months, translating 800,000 words of critical and life-saving medical and health information from English into French. The language of the medical content modules has been simplified with the support of English editors from Content Rules, using TWB’s Simple Words for Health database and Acrolinx technology, making the translation process faster and easier. The 12 trainees received training on the importance of language, the principles and practices of translation using computers and translation tools, in addition to learning skills in translation memory technology, post-editing of machine translation and business.

The training, mentoring and coaching provided by TWB enables translators to reach European standards for quality and output in their work. Essentially this aims to prepare translators for the modern translation profession where they are using current-day best practice and tools. This will ensure translators are skilled and competitive in the today’s digital economy. The skills these translators gained will enable them to play a big role in expanding the translation capacity in Guinea and French speaking West Africa in general. 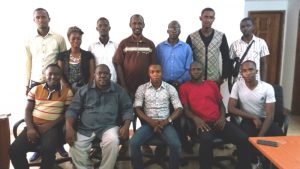 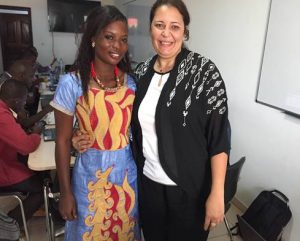 Learn about volunteering with TWB here.