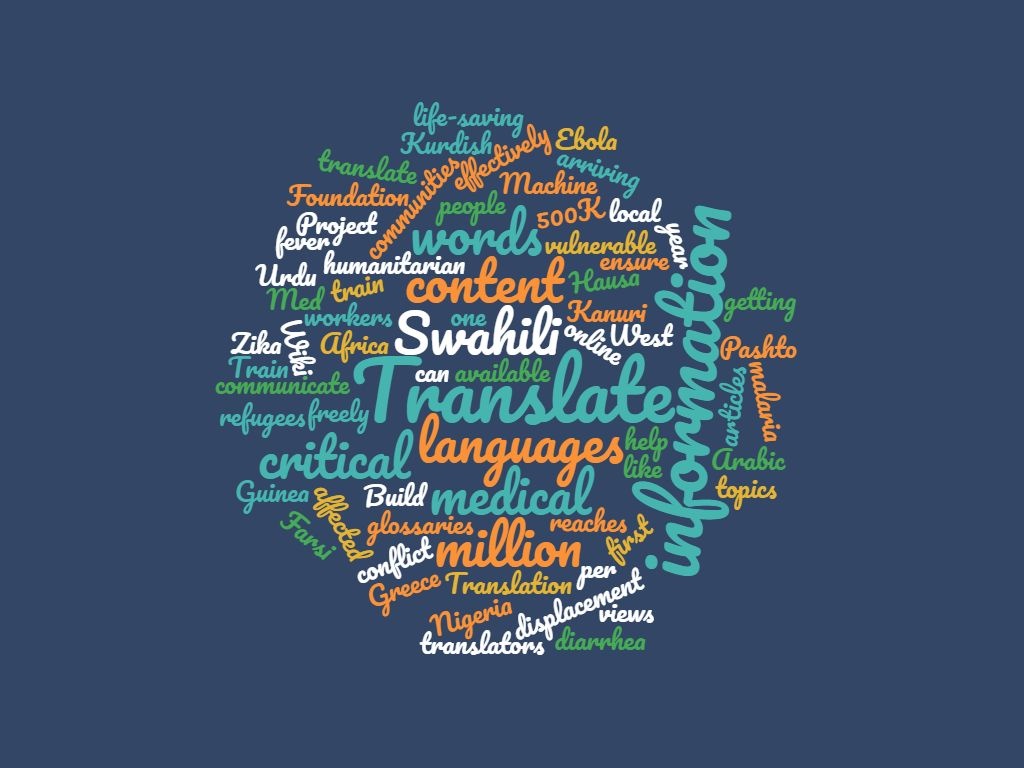 DANBURY, CT USA – 12 October 2017. Today Translators without Borders (TWB), the world’s leading non-profit translation organization, is celebrating the major milestone of 50 million words translated for development aid and crisis response programs delivered by humanitarian partners.  Fifty million translated words over the past six years is a major achievement made possible because of the support of thousands of volunteer translators and supporters who dedicate their time to help TWB realize its vision of a world where knowledge knows no language barriers.

The reach of that translated content is the real measure of impact. This got us thinking…how can we imagine 50 million words?

Things you can do with 50 million words

“Fifty million is not just a number. The contribution of 50 million words to global aid is a stunning achievement made possible by the growing community of Translators without Borders made up of tens of thousands of volunteers, the executive team, and donors,” said Lori Thicke, Founder of Translators without Borders. “I believe that language is the missing piece in humanitarian action and that TWB is working today at scale to fill in that gap,”

Aimee Ansari, TWB Executive Director added, “TWB has come a long way since first creating its translation platform. With every important milestone reached, we are contributing to getting more impactful content to more people who need it, in their language. It is great to see that with every year we are working with more non-profit partners, in more languages, and delivering content in more ways, such as voice-over and subtitling.”

About Translators without Borders

Translators without Borders (TWB) envisions a world where knowledge knows no language barriers. The US-based non-profit provides people access to vital knowledge in their language by connecting non-profit organizations with a community of language professionals, building local language translation capacity, and raising awareness of language barriers. Originally founded in 1993 in France (as Traducteurs sans Frontières), TWB translates millions of words of life-saving and life-changing information a year. In 2013, TWB created the first-ever crisis relief translation service, Words of Relief, which has responded to crises every year since.