The Democratic Republic of Congo is one of the most linguistically diverse countries in the world, with over 200 languages spoken in the country. While French is the official language and widely used in education and government, there are four national languages: Kikongo (Kituba), Lingala, Swahili, and Tshiluba. Francophone African Sign Language and American Sign Language are both used. The maps and datasets below provide information about what languages are spoken throughout the country. 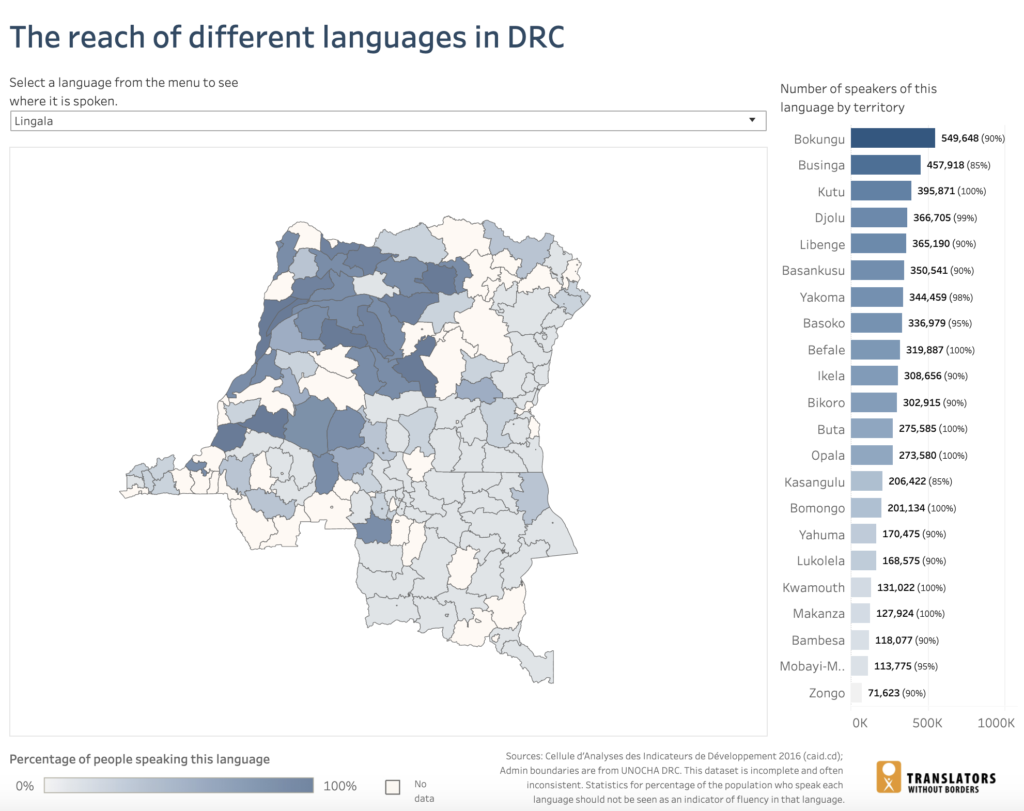 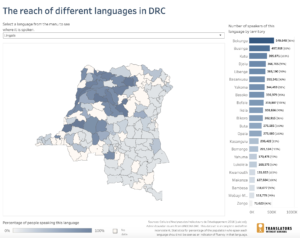 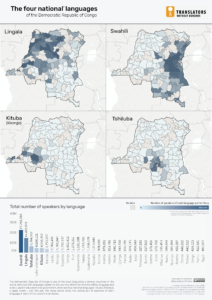 The four national languages of the Democratic Republic of Congo (EN, FR) 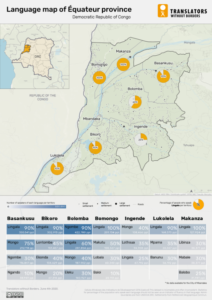 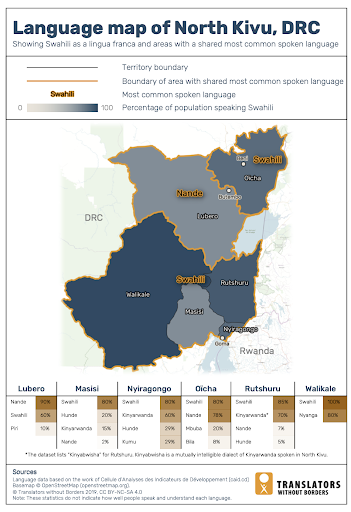 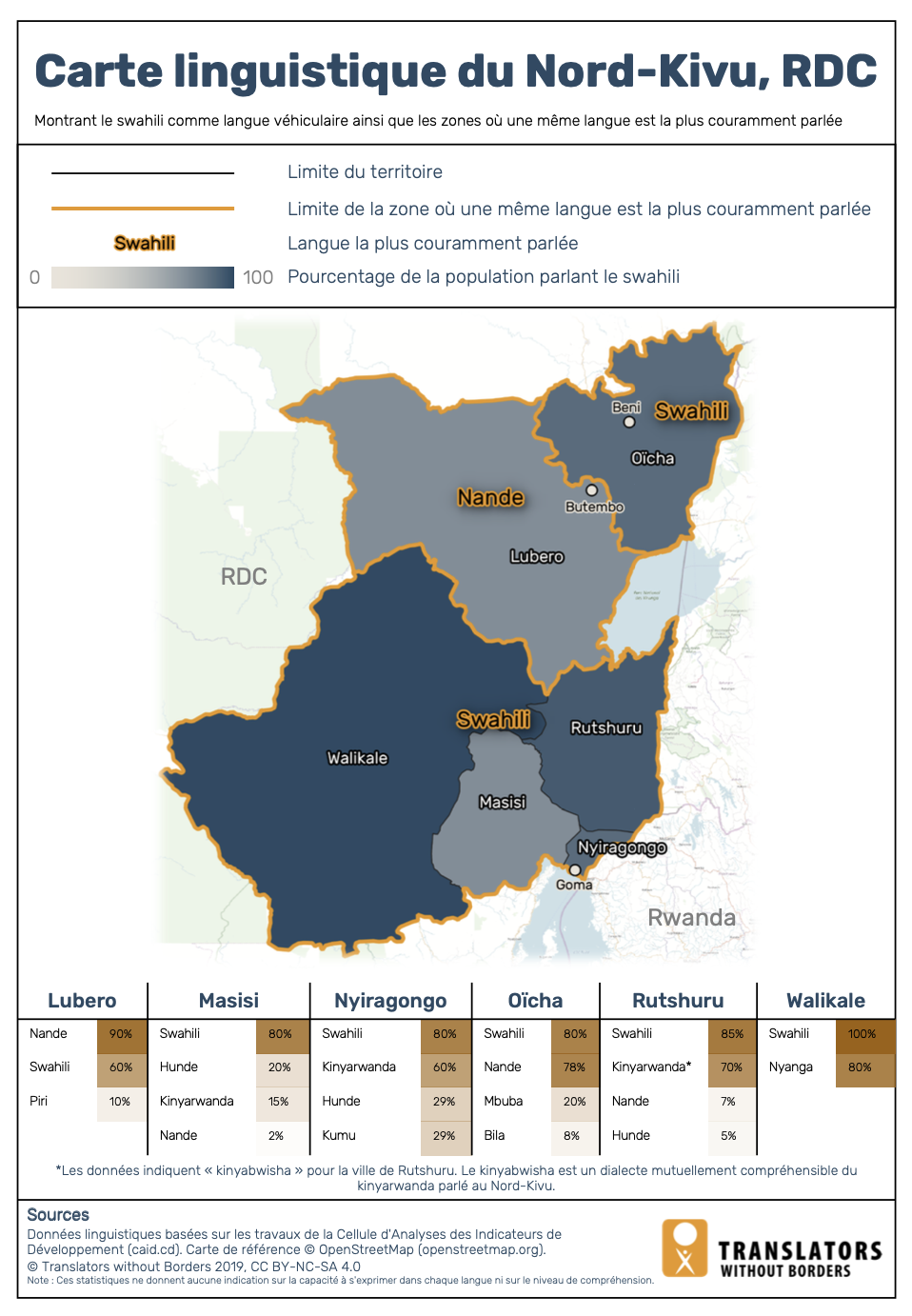 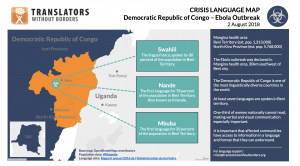