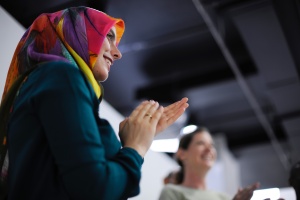 Winners ensure people worldwide have access to knowledge in their own language DANBURY, Conn., USA – 17 April 2019 Translators without Borders (TWB) has announced the winners of the seventh annual Access to Knowledge awards. These dedicated individuals and organizations donate their time, passion, and skills to make sure people around the world have access […] 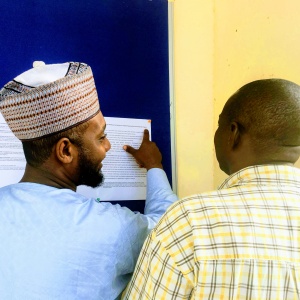 Preventing sexual exploitation and abuse starts by understanding the rules DANBURY, Conn., USA – 6 March, 2019 Translators without Borders (TWB), in partnership with the Inter-Agency Standing Committee (IASC), has created a plain-language version of the principles relating to sexual exploitation and abuse and published it in 75 languages. Making the principles easier to understand […] 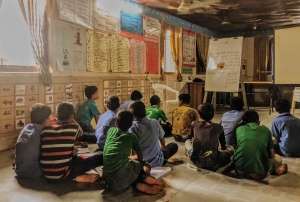 Marginalized groups lack the information they need DANBURY, Conn., USA – 12 December 2018. Translators without Borders’ latest study on comprehension among vulnerable populations in crisis evaluates the effectiveness of communication with Rohingya refugees in Bangladesh. It found that while information access improved in the past year, information gaps remain, with one-third of respondents still not […] 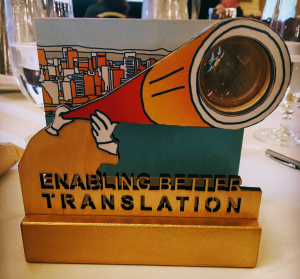 DANBURY, CT, USA – 12 December 2018. Translators without Borders’ Kató Speak was recently recognized as one of the best innovative solutions in the translation industry. The spoken translation technology, which has far-reaching applications both in humanitarian crises and beyond, addresses communication issues often faced during a crisis. It received top ‘invader’ honors at the TAUS […]

DANBURY, Conn., USA – 24 September 2018. Language Insight is delighted to announce its sponsorship of the non-profit organization, Translators without Borders. Translators without Borders offers translation and language service support for humanitarian and development agencies, and other non-profit charities on a global scale. The organization aims to close the language gaps that disrupt critical international development efforts worldwide.  By maintaining a […] 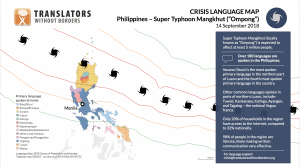 In the early hours of 15 September 2018, Typhoon Mangkhut struck the Philippines, with the eye of the storm crossing Luzon, the country’s largest and most populous island. The storm, locally known as Ompong, primarily impacted the northern Cagayan Province, including the towns of Baggao and Lasam, with sustained winds of 120 miles […]

DANBURY, CT USA – 05 August 2018. In a statement released this month, lexiQA announced the addition of support for a number of new locales for its quality assurance solution. We are pleased to share the news that support for Bangla and Swahili comes thanks to linguists and translators who donate their time to Translators without Borders: Hard […] 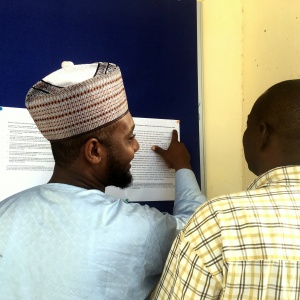 REPORT FROM THE INTER-AGENCY STANDING COMMITTEE – 12 July 2018. Breaking news: Translators without Borders and the IASC AAP and PSEA Task Team are delighted to announce the publication of the 50th language version of the simplified core principles relating to sexual exploitation and abuse. The translation in Kanuri – one of the main languages of northeast Nigeria – […] 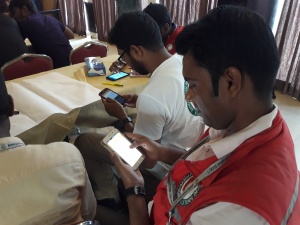 DANBURY, CT USA – 12 June 2018. Translators without Borders (TWB) is now expanding its Translator Recognition Program to the entire Kató Translator Community. It is important to acknowledge the value and impact of the work that translators do. To that end, all Kató Translators will be able to participate in the recognition program. With the General […] 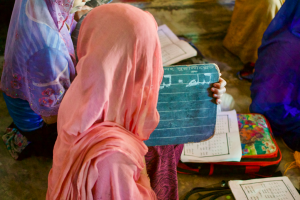 English – Bangla – Chittagonian – Rohingya – Burmese This glossary is designed to assist field workers and interpreters working on the Rohingya humanitarian response in Bangladesh. It aims to improve communication between aid workers and the Rohingya community by providing clear and accurate translations of useful terminology that you can carry in your pocket. […] 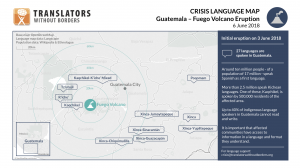